Ask someone to name medicinal herbs, and they are likely to include lavender in their list. Lavender has long been appreciated for its many uses — such as the herb’s alleged ability to preserve one’s chastity (when carried in a sachet), its aid in relieving headaches or melancholy, and even its antimicrobial properties for cleaning one’s home. Today, laundry detergents, candles, room deodorizers, bubble baths, and more, all promise to infuse our world with the soothing scent of fresh lavender.

I have not been an admirer of lavender. The plant and its flowers are beautiful, but the smell has never appealed to me. Lavender sachets, candles, oils, and sprays always seem so perfumey. The smell overpowers all others, and sometimes it even made my head ache. When I was pregnant, it could even make me vomit. Lavender was an herb I preferred to admire from afar. 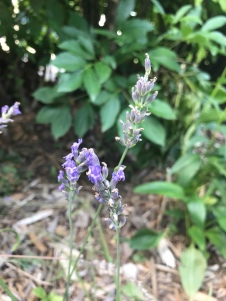 This has changed recently. Since late spring, lavender has been surprisingly appealing. At first, I didn’t even recognize it. I was walking around a garden center when the light fragrance caught my attention. I started looking for its source, and I think I walked past the lavender twice before I acknowledged that it was the plant I was looking for. At first I thought it must be a different variety of lavender, one that I had never encountered before now. So, I brought it home and planted it. A few weeks later, I was at Chalice Well and Gardens in Glastonbury, England, when I finally admitted to myself the implausible truth: I suddenly enjoy lavender.

I wondered about the timing: was this indicative of a hormonal shift? Has my knowledge of the herb’s uses shifted my experience of its scent? I could not imagine why I suddenly found lavender appealing. Delightful, even. Soothing.

Then I read about its use for easing heartache and grief, and it all clicked.

While I was in Glastonbury, I rather impulsively sought the assistance of a shamanic healer. I have been committed to trying any opportunity that comes my way on this healing journey, and when I looked up to see myself before The Bridget Healing Centre, I decided to see what was there. I met Kestrel, a kind and humorous man, who offered a short healing session. I couldn’t possibly find words to describe this experience. It was amazing. In the end, Kestrel suggested I was carrying emotional pain from relationships that ended eight or so years ago, and I needed to find a way to let that pain go. When I did, I would be able to heal.

Eight years ago, a twenty-year friendship began unraveling. In January 2011, what hope I had of restoring this relationship died in a very public and dramatic fashion. I finally understood that we were through. Even though I knew I was doing the right thing in removing this person from my life, it was horrendously painful. I still have dreams that we are laughing together. Then I wake up and remember that even my memories of our good times are now tainted by the knowledge that they never saw me for who I truly am.

Around that same time, another dear friendship began to strain. Having just lost one close friend, I couldn’t face the possibility of losing another. My fear meant that I kept suppressing my own frustrations with this relationship rather than confronting them. And then one day, this friend lashed out at me. The strike was deep and intentional, filled with their own pain and rage. I retreated and withdrew. I later attempted to reconnect, but it was too late. We are no longer in contact. I still miss them very much. The pain of not having this person in my life continues to surprise me.

So, when Kestrel referenced emotional pain from past relationships, I knew exactly what and who he meant. We tend to focus on heartbreak in the context of romantic break ups. But there is nothing in my romantic history that compares to the pain of losing these two friends; the pain of having two people who knew the worst sides of me use this knowledge against me in anger; the betrayal of having loved ones intentionally hurt me; the bewilderment; the disappointment; the anger; the grief; the loss.

Clearly, my healing journey is emotional as well as physical. I now imagine that the emotional walls I built to protect myself from further heartache took corporeal form, entering my muscles and ligaments as I held myself rigid and defensive against any further assault. According to one scientific study, “Memories of devastating heartbreaks appear to trigger activity in the brain that’s similar to when people suffer physical pain.” There certainly are material causes to my pain — arthritis and bulging discs, for example. But fibromyalgia is widespread pain with no clear cause. Instead, the brain seems to be caught in a cycle of misfiring, as neurotransmitters misinterpret and amplify pain signals again and again. The idea that a broken heart could be the cause of this misfiring somehow makes perfect sense.

Perhaps this is why lavender suddenly appeals to me. My heart and my body are both ready to heal. I am open to the gifts that lavender has to offer, and so my senses welcome its gentle perfume. Likewise, I find myself opening in new ways to the friendships that sustained me or developed through this time. Whether or not they knew it, these friends held me, nurtured me, tended to me. They have given me hope and restored my faith in myself. For now on, when I inhale the scent of lavender, I will be reminded of this and of them. 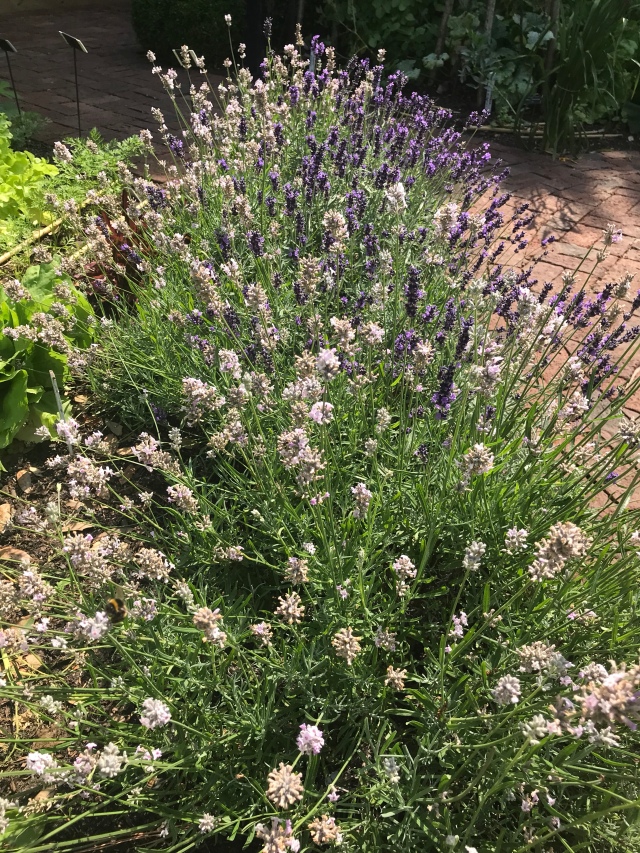 One thought on “A Time for Lavender”

Build the life you love.

My Adventures in Herbalism, History, and Healing

Damsel in a Dress

A Funny Blog About Some Not So Funny Things

Stories from the Wood Wide Web

Listen to the stories of the Trees

If you are new to the site, read "About" page for the details of what is going on